Acoustune HS2000MX - From Japan With Love From the land of the rising sun, Acoustune, a subsidiary of NDICS has launched their latest flagship model the HS2000MX (aka SHO ‘笙’) featuring the full range Myrinx ultra thin beryllium dome dynamic driver and a modular acoustic chamber design. “The name 'Sho' is a wind instrument made of bamboo pipes used in gagaku (traditional Japanese music). It is a beautiful musical instrument, and its tone is said to represent heavenly light.” 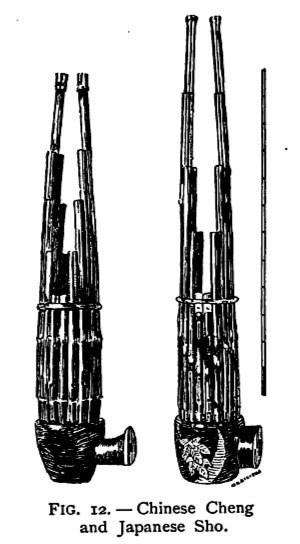 When I first laid eyes on the HS2000MX, the level of craftsmanship in the construction and design was one of the most intricate I’ve seen so far. The HS2000MX looks interesting both on ear and in hand, having an inspired design mixture of Gundam and cyberpunk/steampunk. A cool metallic navy blue colour mixed with grey really matches throughout the entire IEM; from the cable to the connecting jacks.

Speaking of the cable, the cable now features a 16 core silver plated mixed with the ultra fine OFC cable, which has a very nice feel to them; soft, supple but also luxuriously thick and hefty. It still uses the same Pentaconn connector pins which I feel it’s a more easier and user friendly connector to use compared to the tight fitting MMCX connector. The all metal housing is larger than the other Acoustune housings used in the past, but unlike the others where the design is more for aesthetics than actual functionality, the metal hinges, port designs and machining actually serves a purpose for being able to swap the acoustic chamber.

The HS2000MX flagship has an ace up its sleeve, which is the interchangeable acoustic chamber. Remove the screw on the faceplate (yes, it actually has a use), lift the metal hinge and there lies the CNC Duralumin acoustic chamber which can be swapped for a change in sound. While you are just changing the sound chamber and not the dynamic driver itself, this is a much more sophisticated and elaborate solution compared to the conventional sound bore filter found in other IEMs. Overall, the design, complexity as well as construction here is outright impressive and shows how much effort has been put into the HS2000MX. Acoustune really outdid themselves for this flagship. As previously mentioned the housing for the HS2000MX is larger than the previous series, but the fit is better than before; granted it will take some adjustments (particularly with the new AEX50 tips) to get the right fit, but it fills up the ear well without introducing hotspots or metal hinges poking in. When wearing them on and about, these do catch people’s attention; the design does fit on the ear well and some people have complimented on how it looks like an expensive complex gadget on the ear.

Another unique accessory worth highlighting are the new eartips shape "AEX50", which uses the shape memory polymer "SMPiFit®" manufactured by SMP Technologies. The shape of the eartip is a double winged shape where the wide wing part adheres to the skin near the entrance of the ear canal in a wider area than typical eartips. The material used for the eartips also forms to the shape of your ear, combined with the fact that it fits snugly near the entrance to the ear canal, negating the need for deeper insertion, improving overall comfort.

Something to take note of, the position of the double wing ear tip is crucial to getting a good seal; the wing part of the eartips have to be facing the same direction as the curve of the earphone itself. When I first tried them, the eartip wings were not aligned to the HS2000MX, making the seal incomplete, producing a very thin and lackluster sound. With the right ear tip position and fit though, the sound becomes pretty compelling. The sound is one of the most well rounded dynamic drivers I’ve heard so far. The single dynamic driver’s ability to convey all the frequencies without dulling/muddying the overall sound is outright impressive. The coherence between the different frequencies is at the utmost level.

Bass rumbles with great authority and texture, giving a lot of slam when the track calls for it. While the sub bass doesn’t go to the deepest of levels, its presence can still be felt. Mids are natural and vivid, having a good amount of warmth in the tonality but not muddy or laidback at all. The highs are also very well tuned, having a good sense of sparkle and clarity with a hint of intimacy to keep the vocals from sounding electronic. There is very little sibilance and not sharp to the ears, allowing for a very sweet and life-like listening experience.

The SHO’s soundstage is neither the largest or widest, but it is lively and well balanced. Imaging is also very well done for a single dynamic driver, while it may not have the same level of resolution or detail retrieval as hybrid or multiple BA can offer, it’s still immersive and precise enough for complex music and even when watching movies and TV.

As these are 2 TOTL single dynamic driver IEMs, they both have the same level of natural coherence between the frequencies. Both have a more natural sound signature but there are a few subtle differences, mainly that the Beyerdynamic Xelento sounds more dry and neutral compared to the HS2000MX. Side by side, the HS2000MX mid bass is more pronounced, which gives it more warmth and rumble to the overall sound. The Xelento mids due to the more drier presentation is able to bring out more details and a bit more sparkle, however the HS2000MX sounds more musical and fun. HS2000MX vs QDC Gemini
While both have a balanced tonality on a whole, the Gemini sounds more W-shaped in comparison to the Sho. Gemini’s bass and particularly subbass, digs deeper and slams more intensely compared to the SHO, as the Acoustune’s bass is a bit more rounder but still has good quantity. The HS2000MX however has a more pleasant and relaxing tuning overall as I would personally gravitate to the Acoustune if I were in for a long listening session. Gemini has more sparkle in the treble and details in the highs but the HS2000MX is less bright and sweet with enough detail and clarity. Honestly, the 2 of them sound amazing for the value they offer, the real difference lies when it comes to playing more fast, complex arrangements like classical as the Gemini’s multi BA can easily keep up with the vast array of instruments playing in unison.
Acoustune’s latest flagship speaks volumes on how much commitment and improvement they are making as a young audio manufacturer. The HS2000MX upends the trend for multiple hybrids setup and shows how IEM designs still have tons of room for improvement and innovation, along with showing how dynamic drivers can still sound great and be class leading.